The previous post was uploaded on Sunday at about 10:00 am Athens time.  It was the morning of the major strike.  Who would have known that there was more to come below our balcony.  By about 12:30, loud music started and people started to gather.  Eventually, the street and side street were closed to traffic. News camera people arrived and were mostly taking background video.  I saw one woman being interviewed and a reporter positioned in front of the crowd, and speaking into his microphone.

As people began to stretch banners across the street, it became apparent that I was watching the start of another march.  Someone blew a whistle several times and then the music stopped and speeches started. Unfortunately, it was Greek to us and the meaning of the words were lost to us.  The emotion and passion came through clearly. 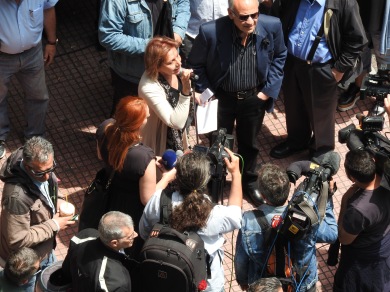 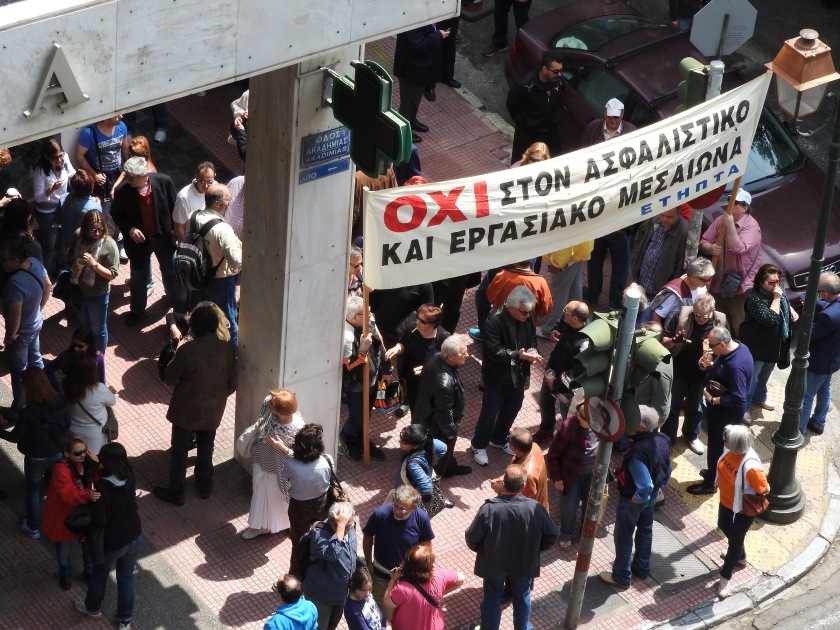 The short video below shows the actual mood of the crowd.

The protesters marched (actually walked would be a better descriptor) and soon our street was empty and traffic was allowed to pass.  At about 2 pm we headed for the Acropolis. Amid the massive strike, we were somewhat surprised to learn the Acropolis was open to tourists.  There was no charge for kids, but adults were 2o Euros each.