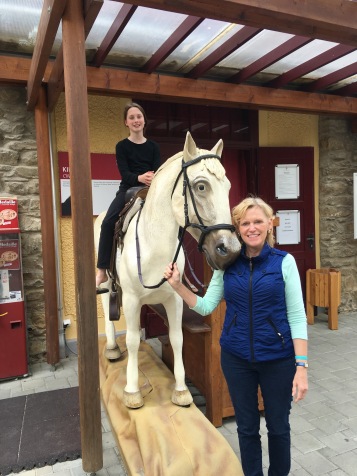 The video shows the Lippizaner herd in the one of the pastures. At the end of the video Rachel rides the mechanical horse in front of the ticket office.

We missed seeing the Lippizzan stud farm in Lipica, Slovenia.  The Slovenian stud farm at Lipica dates back to 1580. At the conclusion of WWII, the herd was divided and a portion of the studs were moved to Austria.  We had intended to see the Slovenian Lippizzan horses in Lipica, but since the ferry was cancelled from Patras to Trieste, we missed it.  Hopefully, the next time in Slovenia, we will visit Lipica.

We have used VRBO, AIRBNB, and booking.com to reserve places to stay. We have had great luck finding places to stay.  We favored apartments with verified reviews. Reading the reviews would provide great details about wifi, beds, cleanliness, neighborhood, etc. When meeting the person who gave us the key and showed us each apartment, Marcia typically asked about the safety of the neighborhood.  At Graz, Joel said the neighborhood was safe.  He said there are a lot of college students and young families. Later he explained that the neighborhood was like the red light district in Amsterdam, but much tamer. Looking down the street confirmed his comment. From visiting the Louvre and seeing the anatomically correct Greek and Neoclassical statues, getting lost in the red light district near Moulin Rouge in Paris, and walking by a gentleman’s club in Graz, the girls are getting an education in an unanticipated domain. 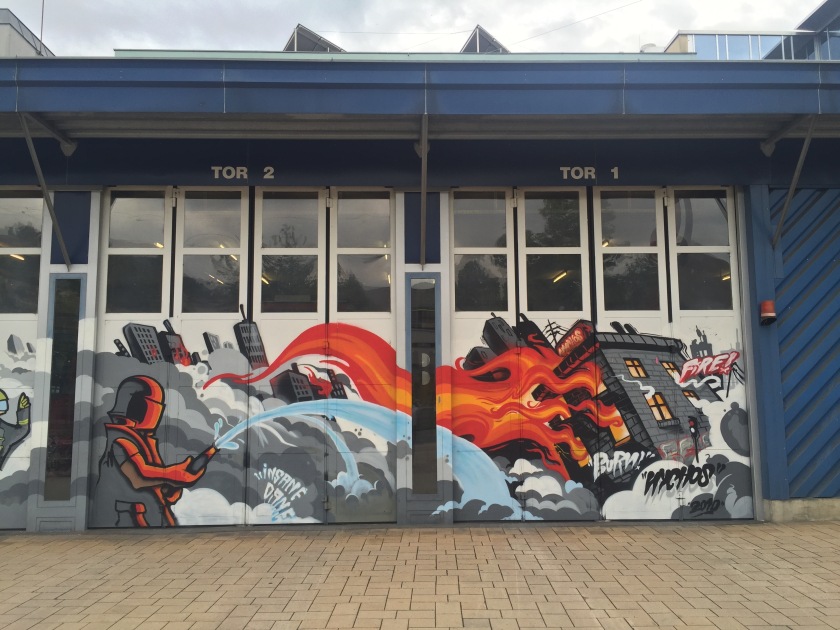 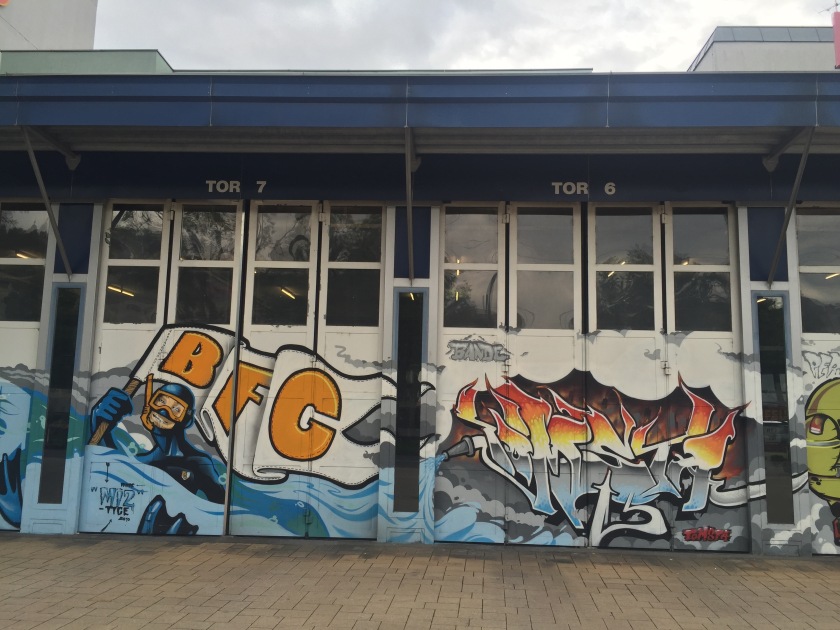 According the UK’s Daily Telegraph, Hofer carries a 9mm Glock on the campaign trail.  He says “carrying guns is a “natural consequence” of immigration and likes to post pictures of him and his family (he has four children) on gun ranges.”  More from the Daily Telegraph,

Hofer was responsible for drafting the new Freedom Party manifesto which has taken the party back to its nationalist roots, focusing on “identity” – that’s code for native Austrians, not immigrants or their children.

He has also been spotted wearing the blue cornflower, which is an old clandestine Nazi symbol that harks back to ideas of pan-Germanism, the nineteenth century idea of a ‘greater Germany’ that ultimately inspired Hitler’s foreign policy and the annexations and invasions that triggered the Second World War.

In the British press, Hofer has been compared to Trump based on his anti immigrant stand. The votes are being counted at the moment and the vote is 50/50 with Hofer leading the exit polls by a thin margin.