The the building of the upper Belvedere Palace began in 1717.  Years ago, I had read that the White House was intentionally designed to be a modest structure.  During visits to DC, it had always seemed pretty grand to me. Given the opulence of truly grand palaces built around the 17th century, the White House is actually quite modest. The ceilings on each floor are at least 40 ft high.  Walking up the steps, it became obvious how high the ceilings were.  There were four flights of stairs between each floor. 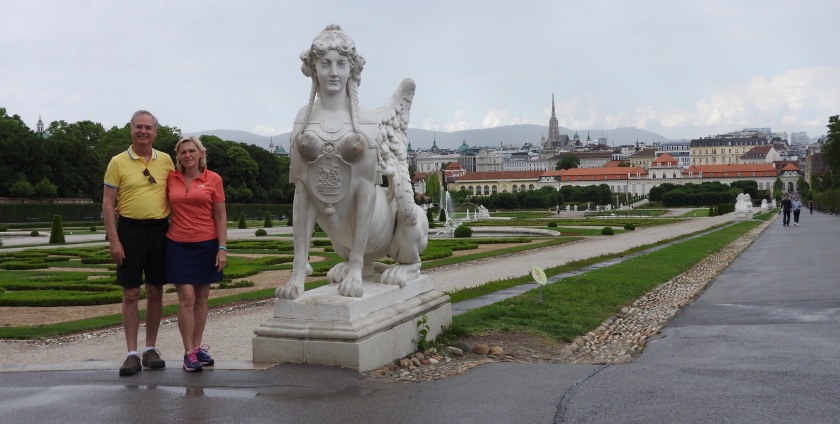 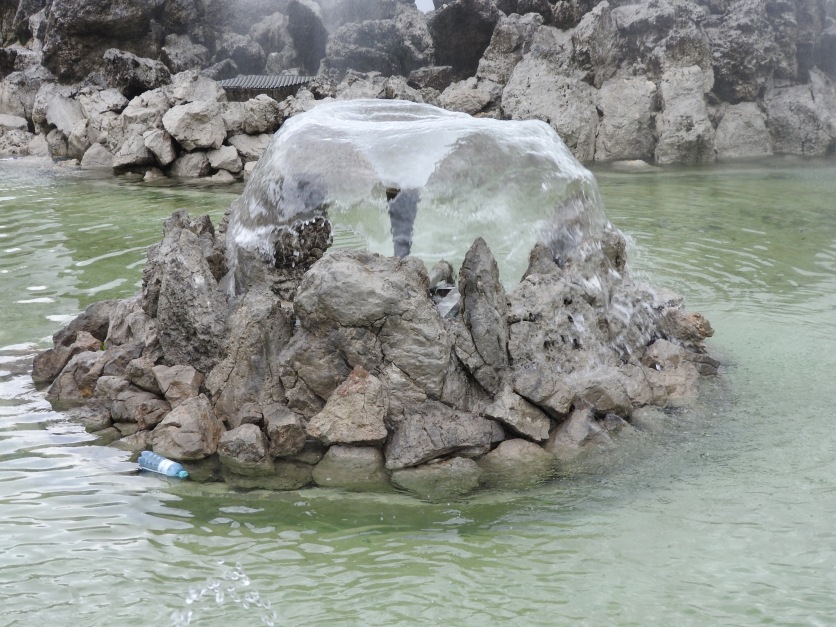 When we came upon the above monument we were surprised to see the Cyrillic lettering. Looking closer we saw the gold shield at the top with the hammer and sickle of the former Soviet Union.  Wikipedia shed light on the monument, “The Soviet War Memorial in Vienna, more formally known as the Heldendenkmal der Roten Armee (English: Heroes’ Monument of the Red Army) is is located at Vienna’s Schwarzenbergplatz”  It is a tribute to the 17,000 Red Army soldiers who during WWII lost their lives in the Battle of Vienna. It seemed strange to have a monument dedicated to the Army that conquered the city. The Viennese view the monument as a painful reminder of Soviet occupation during the weeks following the war. Putin visited the monument in 2007 to lay flowers on it and thank the citizens of Vienna for not demolishing it.  Despite protests, the city paid to refurbish it.  When we visited the monument was in excellent condition.

One thought on “Belvedere Palace, Vienna”