It was less than an hour from London to near Marlow that we received the orientation and checkout for the canal boat that was our home for five days. Part of the orientation was going through a lock. Normally there is a lockmaster available to help. It worked out well that the lockmaster was not there. David, the owner of the boat showed me which buttons to push to raise and lower the sluice, and to open and close the gates. The Sancerre weighs 30 tons and is 60 ft long and 11 ft wide.  The boat was surprisingly challenging to drive.  It was like driving a truck without power steering.  A lot of vibration came through the tiller. I expected it to easy.  No way.  It took some muscle to Negotiating 180 turns on a river, dogging scullers rowing with their backs to their forward motion, and trying to figure out which channel to take for the lock were what complicated the being at the helm of the canal boat. 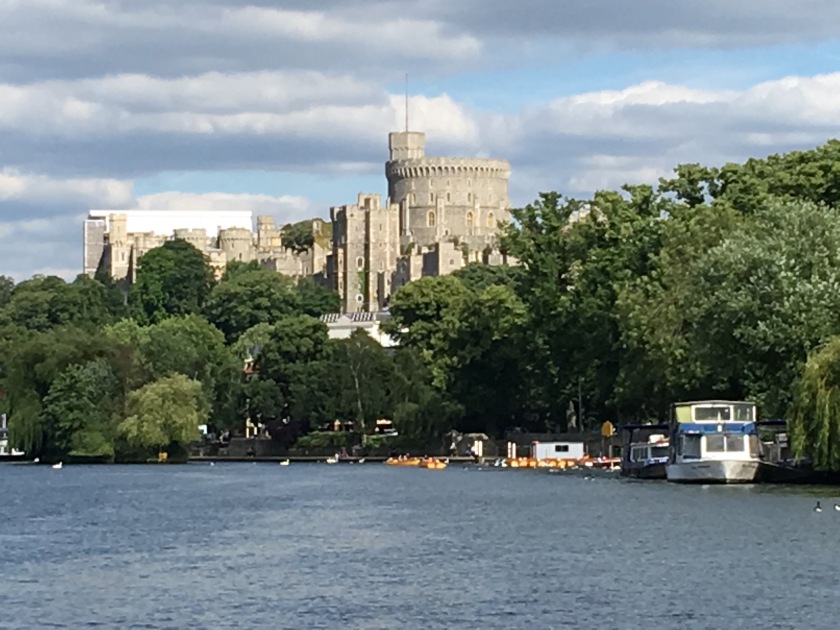 During our first full day, we travelled from Bisham Abbey to Windsor. We were headed down stream and managed to successfully pass five locks. Two of the locks were unstaffed, so I had the opportunity to try my hand at operating locks. It was comforting that David said the controls were set up so you could not make a mistake. Nevertheless it was a relief when everything worked as designed. The bow thruster made steering the 60 ft boat into the lock easier. The hard part was controlling the stern. During orientation when I was entering the lock the stern scraped the side of the lock. My comfort level increased as we passed each lock. By the next day it was relatively easy to enter the lock straight and stop where directed by the lockmaster. 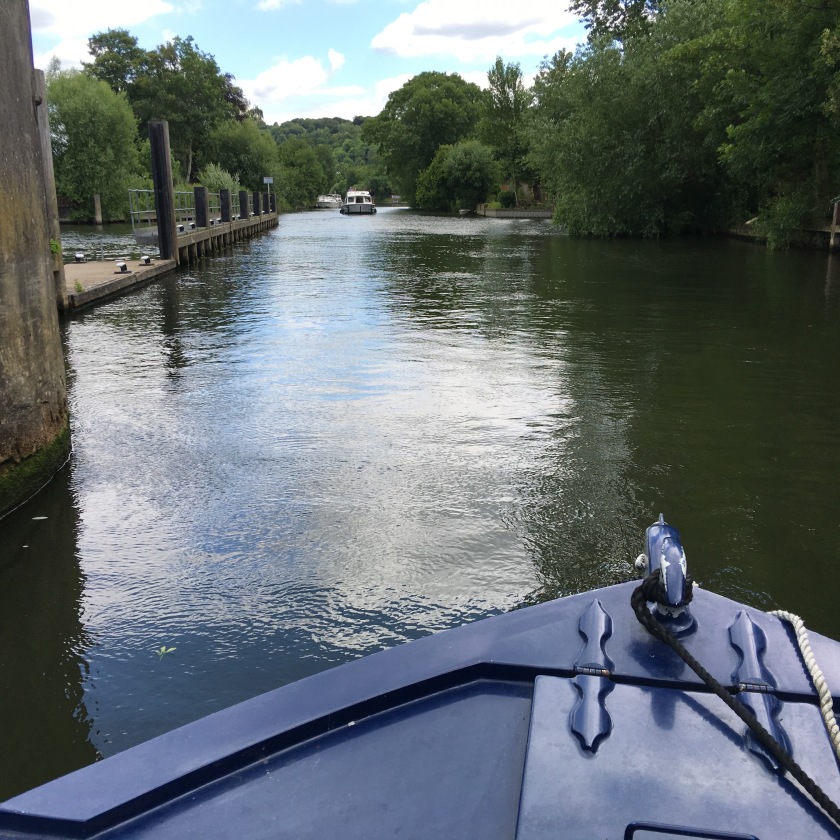 David had mentioned that the locks were designed two centuries ago when the pace of life was much slower. The canal boat travelled a hair faster than a person could walk. This allowed us to attend to the rural nature of the countryside. There were pastures and forests abound.